I haven’t had a lot of time to work on my blog since returning from vacation, but I had to draw up a few zombies since The Walking Dead returns tomorrow evening!

First up, I had the intention of creating a zombie sketch, but truthfully he just looks like some poor malnourished fellow: 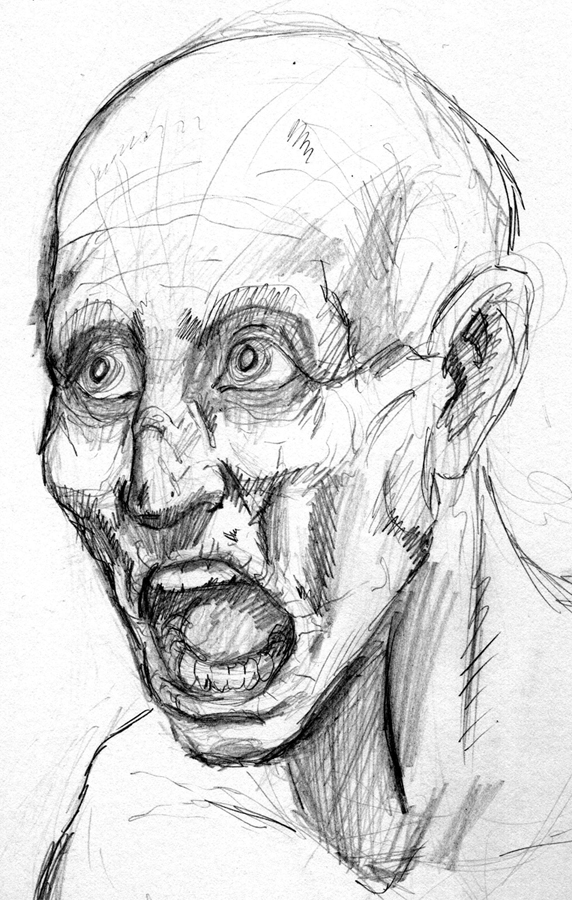 Next up I did come up with two zombies.  First off, I wanted the eyes of this zombie to stand out: 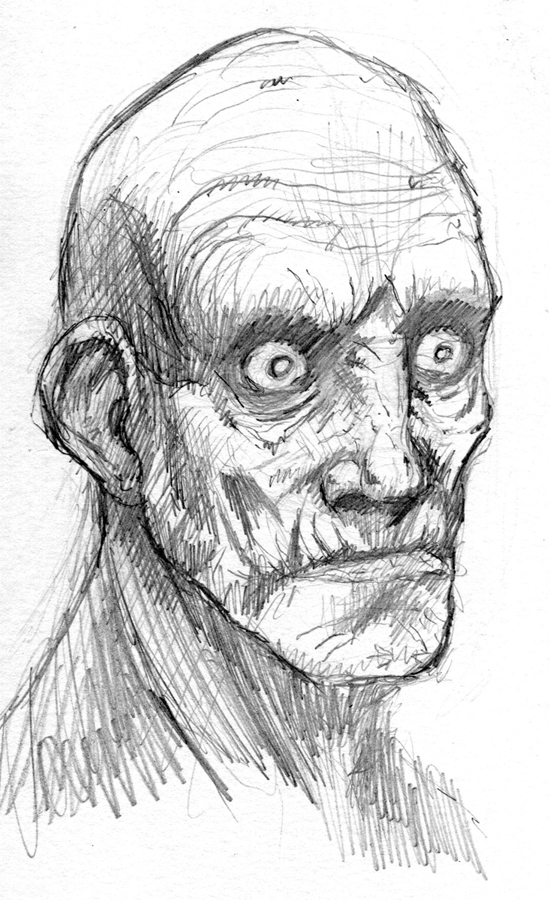 And on this last zombie sketch I was thinking, what if a character from The Hills Have Eyes became a zombie.  You know, one of those hulking inbred mutant guys: 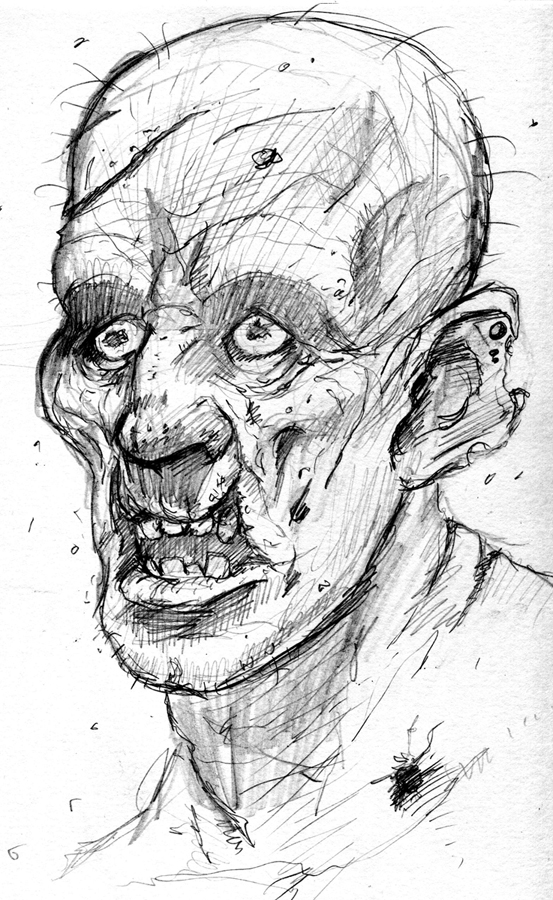 I guess he didn’t look much different after becoming a zombie.  lol

I’ll be putting up a few more zombies tomorrow in lieu of the new season’s first episode of The Walking Dead.  Stay Tuned!