Thought I would post my other Frank’s RedHot commercial boards here on my blog.  Let’s start off with the “Thick” commercial: 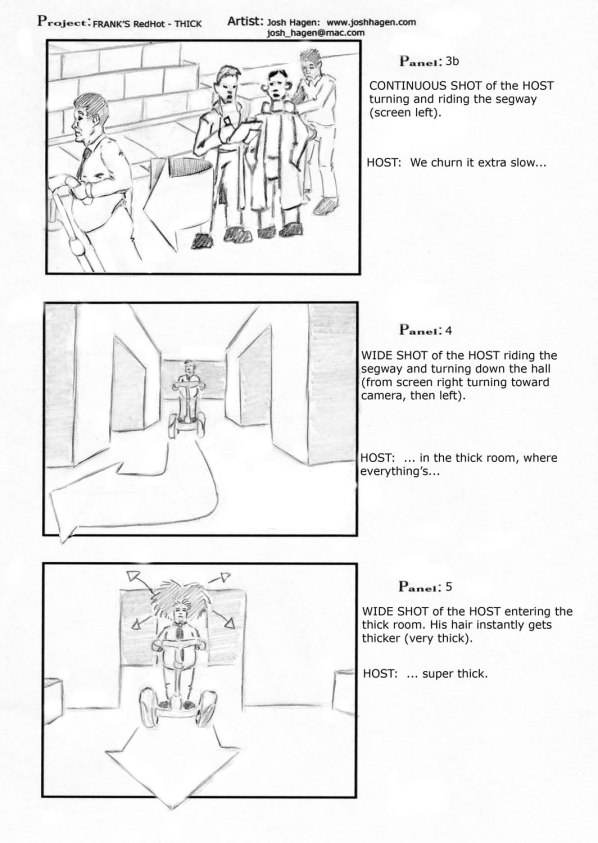 I am always curious as to how a project I’ve worked on looks when completed.  As a storyboard artist, I’m one of the first people to work on it after the script is completed.  Though you never know what might happen.  Sometimes the film/show/commercial/whatever is really loyal to the boards with little changes.  But a lot of the time, things change.  From the location, to the actors, to the budget to script changes, you just never know what can happen when working on a production.  So I for one am really curious to not only see a project I’ve worked on finished, but also to see what happened down the line after I’ve finished my job.  It’s an interesting business to work on and it always keeps you on your toes.

These commercials were a lot of fun to work on and it’s always good to work with the Herbert Bros. on any project.  These are the guys that won the original Doritos “Crash the Superbowl” commercial contest a few years back.  And you can see their humor in these commercials.