This is the last of the series that I did at the beginning of the month.  And I would say it was probably  the most loose.  And loose in that i really just went in without a plan and started playing around with shapes.  The alien space man ended up ‘appearing’ after some time working on the pencil roughs.  It’s a great method to come up with some unique and fun pieces.  If you’re ever stuck trying to come up with a new piece, try this out.  Just doodle on a page – big arm movements on that paper.  Keep on going until you start to see something in the shapes you’re doodling.

So, without further ado, here’s the Alien Space Man: 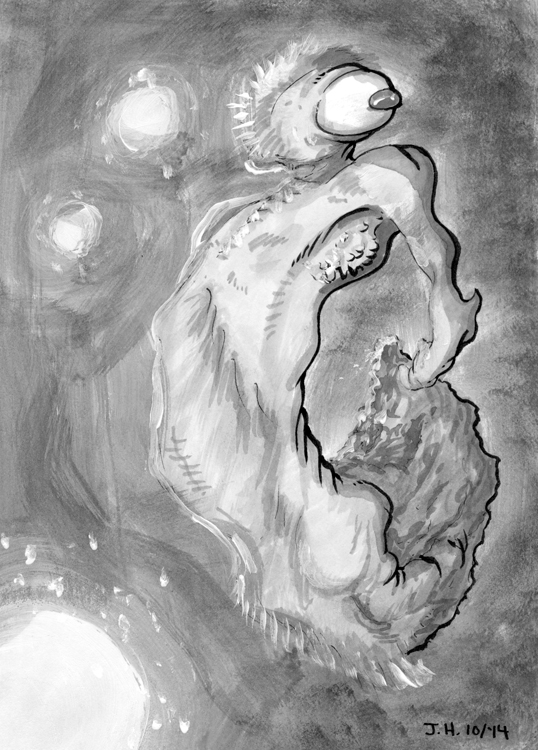 Again, this was another piece that started in a pencil sketch, then 01 micron pen.  After that, it was a brush pen for the thicker lines and ink washes (with wet paper towels of course).  Lastly was the light sources and shiny areas that were done in acrylic.

I’m still playing around with the idea of a giveaway when I reach 100 followers.  I do have a book from my library that I would be interested in putting up as a prize.  More on that later.

Also, wordpress let me know that my website had its 3rd anniversary today!  Here’s to many more to come!