So, Ryan Straut over at  http://faceoffsketches.blogspot.com/ still has me interested in sketching along with SyFy’s Face Off.  Which is great because right now my time is stretched thin and these ideas come pretty fast and easy.

Like last week, I went along with the contestants and I sketched up my idea – real rough.  This week’s episode had to do with creating an anime version of yourself.

While I am not as much of a fan of the wide-eyed cutsie type of anime that is very popular out there, I’m more interested in anime such as Akira, Ninja Scroll, anything by Miyazaki, and so on in that direction. So that’s more of where my style of this character went.

Here’s my idea:  I came up with 2 aspects of my personality that I thought would be fun to counterbalance one another – Creativity and Stubbornness.  So, my creation became a creature formed from rock.  And from his head comes his creativity.  In my design, I was also thinking of how it would be designed, hence the sphere out of his head.  I was thinking that what emerged could be one of those electricity bulbs that you put your hand on and the electricity follows your hand.  I wanted that up there bursting from his rocky skull.  And within the rocky paint scheme would be hints and highlights of the colorful bright electricity. 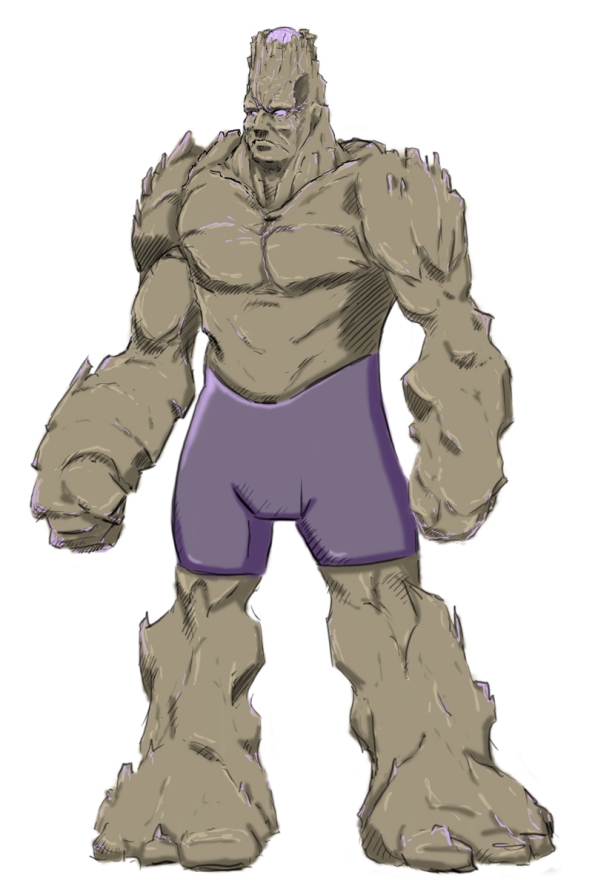 A fun quick idea that helped to break up my busy day.  And it was fun to do it exclusively on my cintiq.

I’m very much looking forward to next week’s episode that has to deal with Mad Scientist’s creations.  Much more up my alley!